Modern Vietnam is a picturesque country with a rapidly developing economy. It is difficult to imagine that these lands were once a real theater of war, a platform for the struggle of superpowers. Cities and villages here are intertwined with impassable jungles and mountains. Deep below them are the underground military buildings of the times. vietnam war: tunnels, trenches, caves and bunkers. Despite the fact that many years have passed, they are still preserved, you just need to know where to look.

The most convenient way to visit the tunnels is to join a tour group. You can go to your destination on your own, but on site you will still need a guide. Many visitors come to Ku Chi from Ho Chi Minh City for half an hour or all day, sometimes in combination with a cruise on the Mekong Delta or the Saigon River.

Independent travelers take in rent a motorbike or catch a taxi. The first option is more dangerous, since the traffic in Ho Chi Minh City is very intensive, but it allows you to manage your time as freely as possible. A plus, taxi fare will be the same as renting a scooter for the whole day, so you still have time and the opportunity to see other attractions.

How are the Ku Chi tunnels

Going northwest from Ho Chi Minh City (during the war, the name Saigon), you can visit real military tunnels called Cu Chi (or Ku-Ti). They are a system of underground passages with a length of about 250 km. Only 50 km away is open to tourists. The width of the tunnels is very small – about 80 cm. Depending on the purpose and purpose, the tunnels had four levels:

It is difficult to imagine how living people could fit in such conditions. The Vietnamese partisans were not only hardworking, but also courageous. Closed narrow spaces can cause a real shock to ordinary people.

Vietnam is well suited for the conduct of the underground partisan war. The enemy troops had to wade through the most impassable jungle in the world. But the tunnels could not exist without the unique environment of Ku Chi. A river flowing nearby created a specific soil from which underground passages were formed. The vaults, walls and floor of the tunnels were completely hollowed out manually, without the use of machines.

Laterite clay was the main component of a successful construction and safe stay inside the tunnels. AT rain season it became soft and pliable to form underground passages. This natural material allowed the air to freely pass through the soil, which ensured the strength and stability of the structures.

The bamboo trees growing around Ku Chi created with their roots a particularly strong frame that could withstand the weight of the tank. Because of the abundant vegetation of those places, it was difficult for Americans to determine the entrances to underground labyrinths. Despite the inequality of forces, the forest gave the partisans the odds to win the war.

The tunnels were dug in the mid-1940s, when France occupied Vietnam. In those days, a small number of peasants lived in the territories of Ku-Chi. These people did not have in their arsenal of advanced technology, to survive, relied only on human power and agricultural products. Ku Chi was a very beautiful, peaceful land with rice fields, orchards, walnut trees and rubber plantations. France and Vietnam have fought each other for eight long years. These years are better known as the war in Indochina. The French army was well armed, having airplanes and cannons in its arsenal. Vietnam had no choice but to wage a partisan war.

When the French left, American President Johnson received permission from the congress to conduct military actions to “defend the United States” and immediately began sending troops to Vietnam. The Americans, like the French, were armed to the teeth, but they were not ready for guerrilla warfare. By the early 1960s, the United States began to increase its presence in Vietnam. In turn, the Viet Cong and the Communist North began to rapidly expand their tunnel systems. The country has split into the communist north (Viet Cong) and the democratic south, supported by US troops.

Saigon (now Ho Chi Minh) was the formal capital of South Vietnam and wanted independence. In connection with this, the tension in the society increased. Under the guise of farmers, Vietcong gradually occupied South Vietnam. In the morning they mingled with the population, but when night fell, they attacked. It was difficult for Americans to distinguish friends (South Vietnam) from enemies (Vietcong). As a result, investment in tunnel systems paid off, because Vietcong and North were able to defeat South Vietnam.

The strategic use of the Cu Chi tunnels

It’s amazing how an army of peasants and fishermen could resist the military power of one of the world’s superpowers. The tunnels were dug throughout South Vietnam and were an underground center for Viet Cong with deadly traps. This allowed the enemy to attack right in the center of his units, fighting from different places. False routes, dead ends and mined traps were created inside.

The enemy was aware of the existence of the tunnels, but finding them was a deadly quest. Perhaps this is why Americans preferred to fight from the air, dropping bombs on cities and villages. They also used the agent Agent Orange, whose effects were devastating. 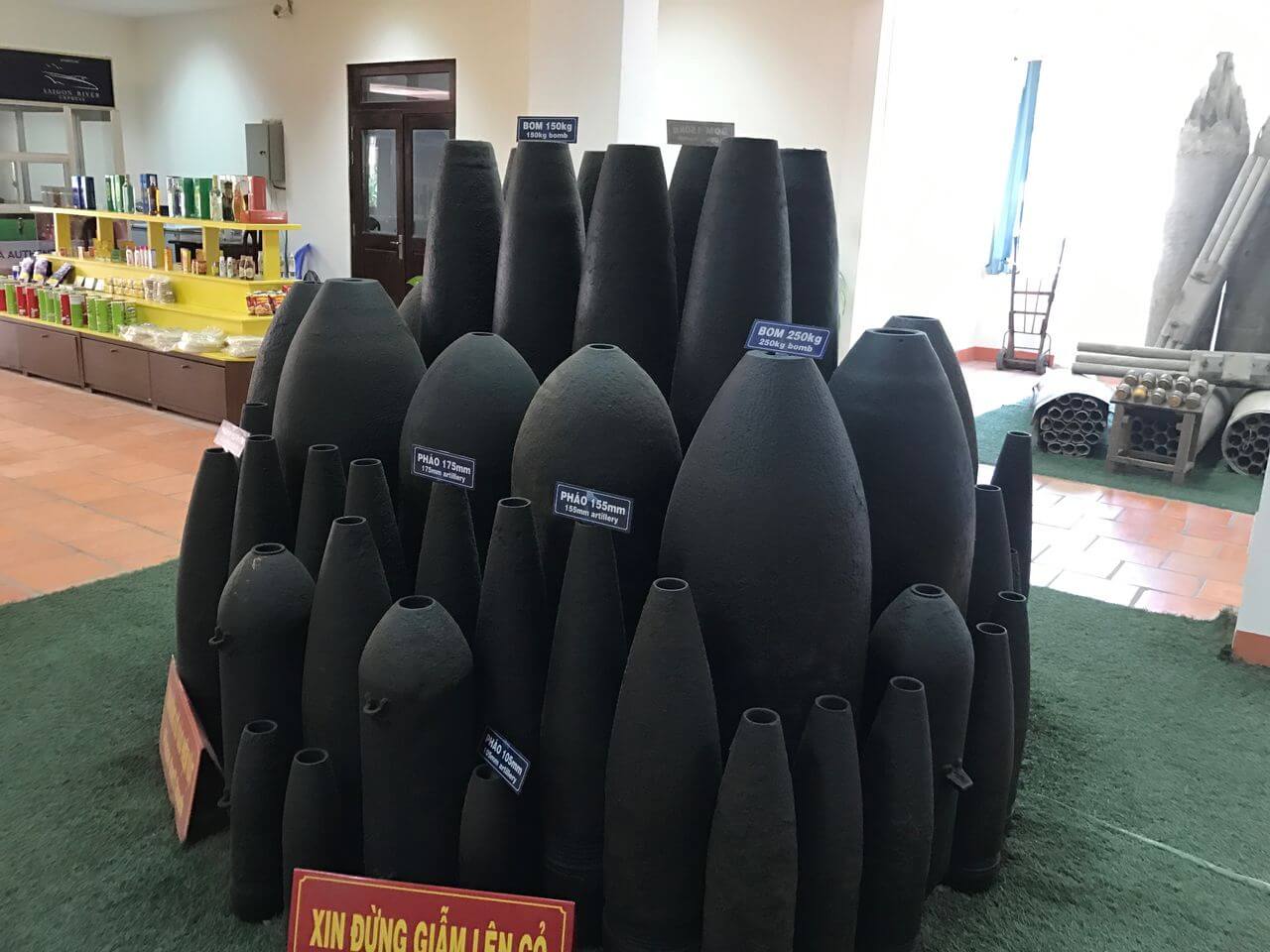 Thanks to the tunnels, the partisans were constantly invisibly present alongside the Americans. The enemy launched the so-called “tunnel rats” – soldiers who tried to get into the underground tunnels. The results were disappointing, if only because it was difficult for the Americans to fit inside the moves, unlike the miniature, war-wearyed Vietnamese men. Attempts to flood the underground passages also ended in failure, because the tunnels had drainage holes for water. Every twenty or thirty meters the Vietcong people pulled out a drainage hole to prevent flooding.

When is the best time to visit Ku Chi

An important factor in determining when it is best to visit underground tunnels is the weather. From December to April in these places the so-called dry season lasts, which is also the hottest time of the year. The average temperature at this time is about 28 ° C. If you go on a trip from May to November, you will fall into the monsoon season. At this time it is cooler and it rains every day. 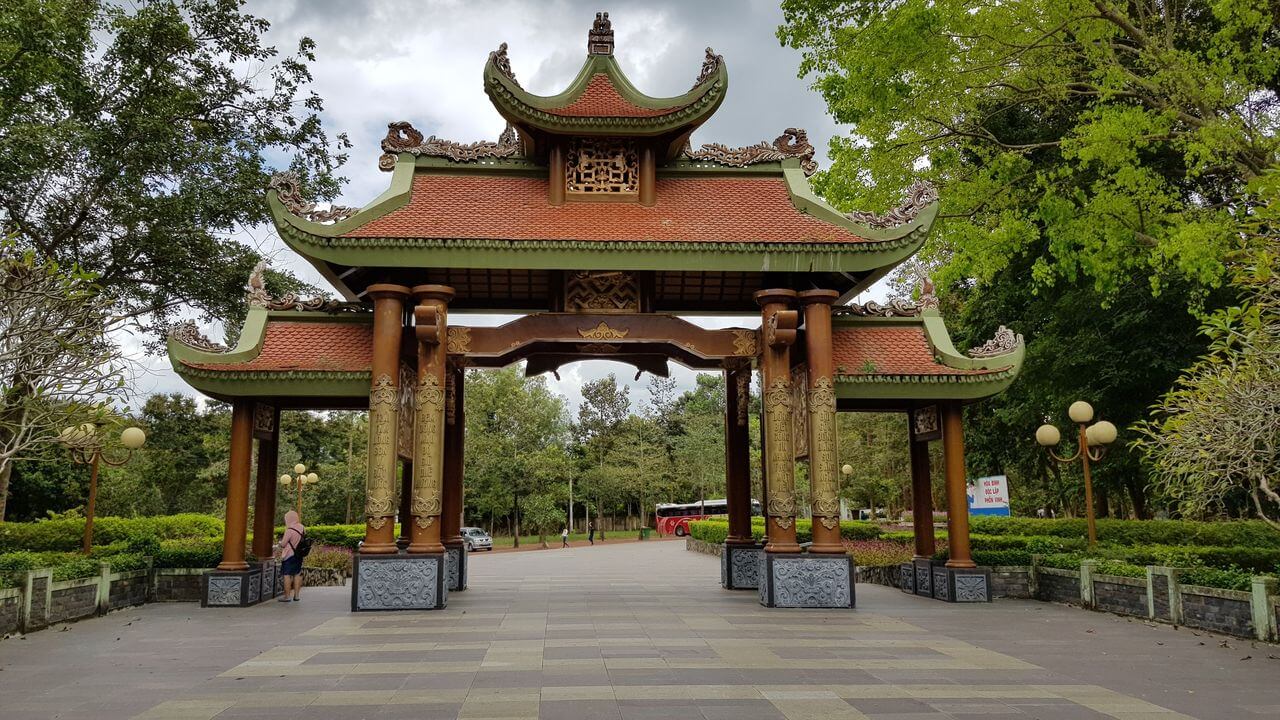 For tourist excursions are available two zones of the Cu Chi tunnels. The most popular among tourists is Ben Dinh. For this reason, it is often crowded. Next to him is a shooting gallery, where you can shoot. The sounds of shots can be quite loud.

The second part of the tunnel, called Ben Duoc, is about thirty minutes from Ho Chi Minh City. On its territory is the memorial temple of the martyr Ben Duca, which is surrounded by quiet gardens.

A visit to what remains of the Cu Chi tunnels is a sharp reminder of the difficulties of war. For the comfort of tourists, the tunnels were somewhat extended, but they are still quite close. This makes it possible to imagine what the soldiers who lived and acted underground felt.

You should think before visiting the tunnels if you suffer from fear of closed spaces (claustrophobia). Take care of comfortable shoes, be prepared for uneven surfaces. Do not forget to bring a mosquito repellent.

Enlightenment through suffering: the path to Yen Tu

Airport Hanoi Noi Bai – the best in the world…

Enlightenment through suffering: the path to Yen Tu